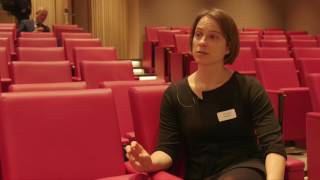 L&G Capital has been talking to us about the type of behaviour that developers and councils need to exhibit in order to attract investment to UK cities. Head of Direct Investments, Laura Mason, says the ground needs to be laid effectively in terms of demonstrating that there is a collaborative approach and that there is a real vision for development. Infrastructure projects such as HS2 highlight the possibility that there will be strong growth on the back of investment in cer

Infrastructure spending led by the state in China along with a renewed interest in buying new property among the population is driving the Chinese economy this year, according to the BBC. BBC Asia Business Correspondent, Karishma Vaswani, says according to China's National Bureau of Statistics, the economy has grown by 6.9% in the first quarter this year compared to 2016 which saw the slowest growth in 26 years. She says while China is seen as a key driver of the world's econ

Courtesy Tate Modern Tate Modern reports that the Prime Minister has appointed Michael Lynton, Chairman of Snap Inc and CEO of Sony Entertainment as the museum's new Media Business Trustee. It is also staging the first solo exhibition of Picasso's work, ever to be held at Tate Modern, 'Picasso 1932 - Love, Fame, Tragedy' until September, which it claims that it will be one of the most significant shows that the gallery has ever staged. The importance placed on museum direct

Check back soon
Once posts are published, you’ll see them here.